Horse racing and betting is a sport that has attracted millions of people globally. This is a sport which has a reputation of having a person lose or gain a lot of money in seconds. There have been numerous horses that have participated in races, but there are certain horses that have stood the test of time and fall within the category of the best thoroughbreds in the world. There are many criteria with which horses are ranked. However, the amount of money that a horse earns during its racing career plays a significant role in their reputation. The following is a list of the top five horses in terms of the money they earned: 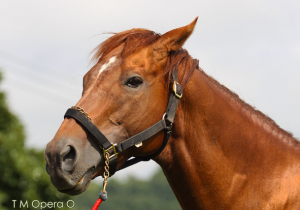 Japan has always dominated the list of the highest earning thoroughbreds. TM Opera from the country tops the list of thoroughbreds with the highest earnings. The chestnut horse is famous for the huge amount of earnings during its career. This thoroughbred has earned approximately $16.2 million US in his racing career. The horse participated in an unbelievable 26 races between 1999 and 2001 and was ranked within the top three in 23 races. The horse’s impressive track record included winning in seven Grade 1 races, such as the Japan Cup, the Tenno Sho race  (both the spring and autumn races) as well as a couple of the Kyoto Daishoten races. These were high paying racing which helped this thoroughbred rank amongst the top five earning horses.

This thoroughbred was born in the United Kingdom and was moved to Australia for training in 2000. This augured well for the horse as it entered the history books as the only horse to have participated four times in the Melbourne Cup and winning three times. The feat in the 150-year-old horse racing cup helped the horse win a staggering $5 million US in 2005. The horse managed to earn $14.6 million US making it the most profitable horse in the Australian racing circuit. This mare foaled winning horses, such as Rockstardom, which was sold for $1.5 million US. Makybe Diva has been honored with a statue in the South Australian city of Port Lincoln. 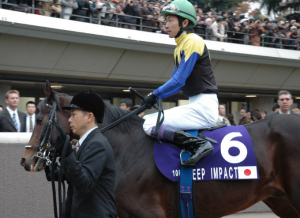 This is another Japanese thoroughbred which has managed to be one of the top five earning horses. Deep Impact was sired by Sunday Silence and was the first horse to become a winner of the Japanese Triple Crown, which is one of the most recognized series in Japanese racing circuits. Deep Impact earned $12.8 million prize US in prize money and an additional 5 billion Yen for breeding fees.

This thoroughbred, partly trained by Steve Asmussen, was the winner of the Preakness Stakes and Breeders’ Cup Classic in 2007 and the Dubai Cup in 2008. Curlin won eleven of his sixteen races and managed to capture the top three positions in four of the races. 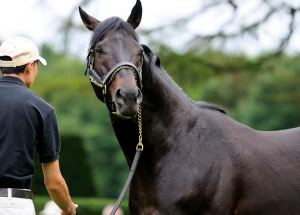 This thoroughbred raced in the early 2000’s and won the 2004 Japan World Cup and the autumn Tenno Sho race. Unfortunately the horse was infected with horse flu in 2007.

Though this list includes only the top five earning horses in the history of racing, there are many more that might hold a place on this list in the near future.