Nothing can beat the thrill of spending a day at the races and having a flutter on the horses. But if you can’t get to a race day, then there is an alternative. There are some top-notch movies out there that will get your pulses racing and your blood pumping as they transport you to the racetrack.

Here are our top 3 picks of horse-racing films. 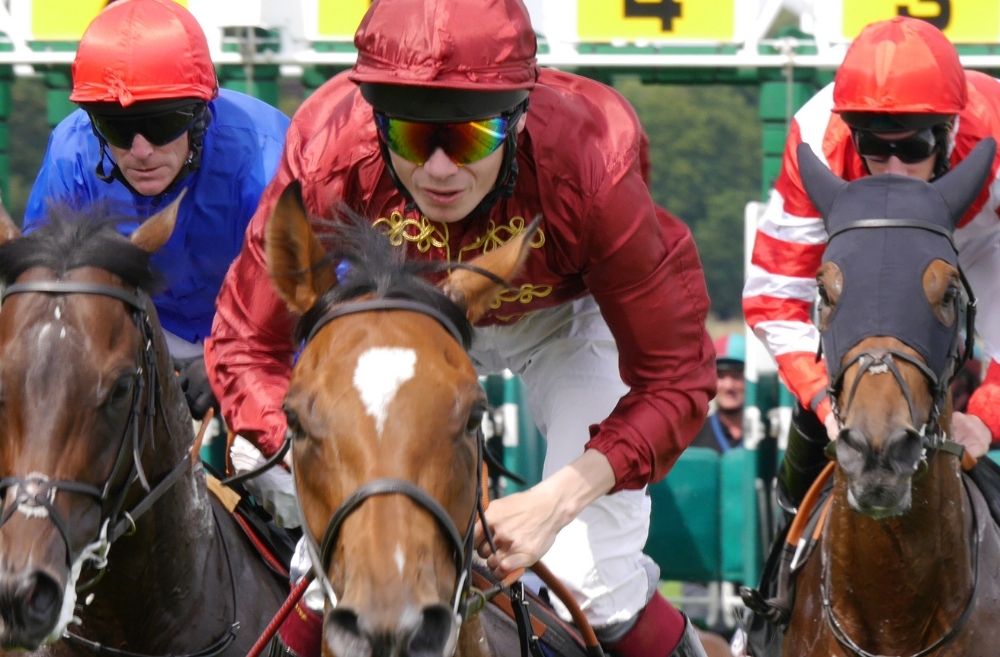 This may be an oldie, but it’s also a Goldie. Starring a very young Elizabeth Taylor as Velvet Brown, this film revolves around what is possibly the greatest steeplechase in the world — the Grand National. The story follows Velvet, who becomes the unexpected new owner of The Pie — a chestnut gelding — after winning him in a raffle.

What follows is the stuff of every horse-mad teenager’s dreams. Velvet decides to train The Pie for the Grand National with help from a youthful Mickey Rooney’s ex-jockey character. Overcoming various obstacles, The Pie is entered into the race and ridden to victory by Velvet herself, a mere 33 years before Charlotte Brew became the first real-life female jockey to ride in this iconic race.

Loosely based on the real-life racing career of American thoroughbred, Seabiscuit, this heartwarming film stars Tobey Maguire as down-and-out jockey Red Pollard. Set in America, it follows the life and racing career of the horse from an undersized colt to a national idol for a nation emerging from the Great Depression.

Filmed at a number of well-known American racetracks, this film features several thrilling race sequences. These include Seabiscuit’s loss by a nose of the prestigious Santa Anita handicap and the “race of the century” between our underdog and Triple Crown winner War Admiral.

This popular Disney movie also follows the life and times of another legendary American racehorse champion, Secretariat. This film tells the story of how Penny Chenery (played by Diane Lane) takes over Meadow Stables from her ailing father. Under a foal-sharing agreement, Penny becomes the owner, in 1970, of a colt sired by American Thoroughbred Hall of Fame stallion Bold Ruler out of Something royal.

That colt was Secretariat, who, in 1973, won the Kentucky Derby, the Preakness Stakes and the Belmont Stakes in record times, to become the first horse for 25 years to win the American Triple Crown. The film immortalizes that stunning trio of races, especially the Belmont where the stallion finished an unbelievable 31 lengths ahead of the field.