Have you ever wondered what it takes to ride a race horse to victory? You need determination, nerves of steel, and physical fitness. The world’s best jockeys say reading the race and the horse is essential to be able to finish a race as a winner.

Furthermore, all horses have limitations and strong points. Some race horses thrive running at the back of the field waiting until the last-minute to make a move. Others love to run midfield or even at the front. Therefore, becoming a leading jockey is not easy.

Apart from riding thousands of horses in their careers, the world’s best jockeys have also won awards for outstanding achievements. Many have taken first place in big races and earned millions in prize money; many have been welcomed into the racing Halls of Fame. A handful of our most famous jockeys are: 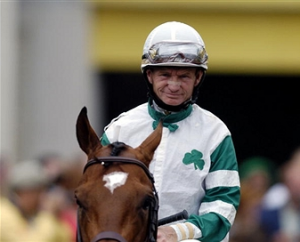 American jockey Patrick Alan Day, also known as “Pat”, won the “Eclipse” for outstanding jockey four times. The National Museum of Racing and the Hall of Fame officially accepted Day in 1991. Another award this jockey received was the Mike Venezia Memorial for outstanding sportsmanship.

Son of horse trainer Angel Cordero Sr., Angel Thomas Cordero Jr. grew up around horses and followed in his father’s footsteps. Cordero is the only Puerto Rican jockey who won the American Classic Races – the Kentucky Derby, and the Preakness and Belmont Stakes. He is also the winner of four Breeders’ Cups.

Winning more than 500 races in a single year in 1997, Prado secured his position as a leading jockey. Why? Only three other riders achieved such a feat. In 2004, Prado accumulated over 5,000 wins making him the 19th jockey to do so.

Champion jockey Lanfranco Dettori, known as “Frankie”, has ridden more than 500 group race winners in his career. One of his greatest achievements was riding all seven winners at Ascot on British Champions’ Day in 1996. Once a Godolphin Racing stable jockey, Frankie separated from the entity in 2012 and has ridden freelance ever since. 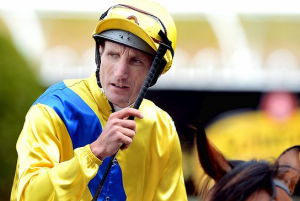 Nicknamed “Ollie”, Damien Oliver is one of Australia’s most successful jockeys. Oliver has won the prestigious Melbourne and Caulfield Cups, the Cox Plate, and the Golden Slipper. However, Oliver’s career stalled in 2012 when he received a riding suspension due to illegal betting. Since his return to the track, Oliver has claimed a Melbourne Cup victory and won a Jockey’s Premiership.

What Makes a Top Jockey?

Every top jockey has one main attribute in common; they ride a lot of horses. Cordero rode over 38,000 horses and Day mounted 40,298. However, Oliver has ridden less than 10,000 horses and accumulated more winnings than other jockeys. While riding more horses increases a jockey’s experience, selecting the right horse boosts the number of wins.